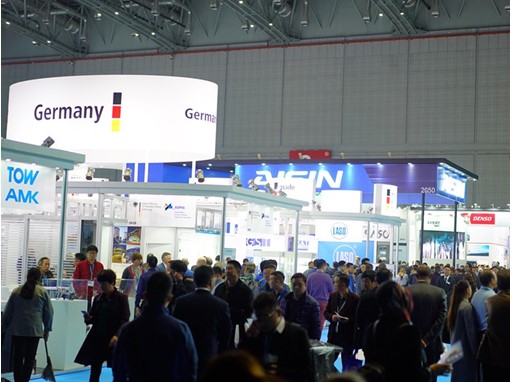 The 14th edition of Automechanika Shanghai, which took place from 28 November to 1 December 2018, has recorded an unprecedented rise in attendees compared to the previous edition. Serving as a platform for both local and international players from the automotive parts, accessories, equipment and service sectors, final figures suggest visitors at the show rose by 15% since 2017 – now reaching a total of 150,568.  As Asia’s largest automotive trade fair, organisers also received overwhelmingly positive feedback from participants alike during the four-day period.
The overall final figures for this year’s show reflect the continual growth across each aspect of the show:
The news comes after the fair expanded many of its themed zones and areas. For example, the brand new Tomorrow’s Service & Mobility area was able to shed light on the most exciting current and future developments of the industry, from digitalisation and alternative drives, to autonomous driving and new mobility services. Other areas that proved immensely popular amongst participants were the collection of dedicated zones scattered across the halls, including the debuting Chain Stores Zone and the Remanufacturing Zone, as well as the returning REIFEN (tyres) sector for the very latest tyre, wheel and rim products.
This year, a total of 57 fringe programme events ran concurrently with the main show. Throughout the fairground, each event continued to receive high praise from industry experts who took part and presented their ideas and visions for the future of the industry. Many fringe events were also welcomed for the first time this year, such as the debuting Tomorrow’s Service & Mobility Summit 2018 and the Automotive Aftermarket Summit 2018, both of which reflected the themes and trends across the showground. What’s more, a lot of positive feedback came from those in attendance, as there equally was across the entire show floor.
Organisers have also marked an increase in international participation across the board. With 43 exhibiting countries around the fairground, newcomers from Luxemburg joined the list of returning countries, along with the likes of the Czech Republic, Lebanon and Slovenia along with the other established overseas participants.
Overseas visitors also saw an upswing of 22%. Participants were particularly keen to express that this not only helped create new channels of communication for international buyers trading with Chinese firms, but also allowed for more business exchanges across other international exhibitors and buyers.
A detailed final report, featuring comment and analysis from the show’s exhibitors, visitors and organisers, will be available soon. For more photographs, please download these from the ‘For journalist’ page at www.automechanika-shanghai.com.